Top 8 Problems That Turn Readers Off

This post was originally written for the ShoreIndie Blog, republished with permission.

#ShoreIndie is about to begin, and I bet you’re wondering what you can do to catch an editor’s eye. We editors see hundreds of manuscripts during these contests, and there are some common problems that will turn us away from your manuscript. While all these problems can be overcome by a fabulous voice or a plot that we can’t look away from, it’s best to avoid them.

Let’s dive right in! Here are the top eight problems we see over and over again: 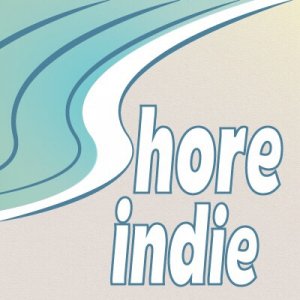 This term can be easily misunderstood. Head-hopping is not the same as multiple points of view or omniscient narrators. It’s when you are within the head of one character, understanding their opinions and viewing everything through their perspective, and then suddenly you are hearing the thoughts of another character. Multi-POV changes points of view after chapter or section breaks and remains in one character’s head at a time. And an omniscient narrator may be able to see into everyone’s head but has a bird’s-eye view; their POV is distinct from the characters.

Don’t head-hop! It leaves readers lost and confused while they scramble to figure out whose head they are in. It also puts distance between readers and the characters because they are always trying to figure out which character they are connecting with. If they finally start to relate to the character and then are suddenly thrown into another’s head, you lose the relationship that you were building between reader and character.

If readers are going to be invested enough to keep reading your story, they need to connect with your main character and quickly. They need that personal connection with a character to care about what is happening, and the one to build that connection is your protagonist. Readers often feel cheated if they become invested with one character only to find out later that that character never shows up again. Give the reader a chance to connect!

This is definitely a common piece of advice floating around out there, but it bears repeating. Modern readers prefer getting right into the inciting incident of the story. Don’t bog them down with family histories or information that was found out off-screen. Pepper in this information through the action and dialogue. Show the reader your backstory throughout the piece. This can be particularly difficult with sci-fi/fantasy/dystopian stories because you have a lot of world-building to do. Ground readers in the world with the bare minimum of details and slowly build their understanding of your world throughout the story. As you’ll see from the next couple of problems, this piece of advice can be taken too far.

You’ve all heard the advice, start in media res, but don’t let that overtake you. Starting with pure dialogue can be tricky and leads to a lot of confusion. It is difficult to read a scene where the characters are talking but you don’t know anything about them. If readers don’t have anything more than a name to tie to a snippet of dialogue, why should they care what the character is saying? Ground readers in the scene before you throw them in the middle of a conversation.

As with the previous piece of advice, this error comes from writers taking advice too far. Yes, you want to start in the middle of the action, you want the story to have begun and you want to get to the inciting incident. But you need to ground the reader in the story a bit while the action is happening. If we don’t know who the characters are, if we don’t understand the cause of the action, we won’t care. Hook the reader in with meaningful action.

Often writers try to grow the character—and hook the reader in—by having them go over past events, either in their head or in dialogue with other characters. Readers will quickly get bored. They don’t want the character to tell them about important events; they want to see important events. This is easily corrected. Option 1: if it’s really important, just show the reader the action instead of having the character go over it. Or option 2: If it isn’t important action, then cut it from the story and start with action that is relevant to the plot.

Sometimes a writer tries to foster an air of mystery and, in doing so, leaves too many important details vague. You’ve seen it before, where the main character is a mystery man with no specific details. Try to avoid this unless you have a very good reason. When you create this mystery, you also create distance between the reader and the main character. The most important thing in the first few pages is to get your reader connected to your main character. This connection is what draws a reader in and makes them want to read more.

As a writer, you’re definitely a reader. And as a reader, you’ve seen a ton of openers that are exactly the same. It’s nearly impossible to come up with a new opener that has never been done before, but you should be wary of anything that’s too common. Try to find something new and different. If it’s a romance, don’t do the typical meet-cute of having them literally bump into each other. If it’s a fantasy, don’t start with a prophecy. If a reader is going to be engaged, they need to be pulled in by something new and interesting. Hook them with what’s unique about your story, not the moments that every story has.

Whether you are sending in your manuscript to an editor or trying to draw readers in, the most important things to keep in mind is your readers and what will attract them to your book. With all the advice floating around out there, it is easy to overcorrect. Remember, these bits of advice are to help you refine your manuscript and make it better, not to completely rid it of your unique voice. Take it all in, and apply it in a way that works for you.