The Sand Prince - On Sale Now!

Kim Alexander's (one of my favorite authors) debut novel is on sale today!

It is the start of a fabulous new series where humans and demons vie for the upper hand and betrayal lurks around every corner. 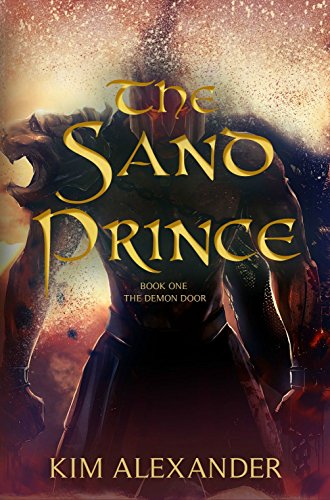 "When the storm came, it was made of magic, not rain, and when it had passed, the life and the city Hellne knew were changed forever."

In Kim Alexander's debut novel she weaves a witty, epic fantasy brimming with diverse characters and plenty of intrigue.

On the war-ravaged demon world of Eriis, Hellne, the fierce young queen, fights to keep her people alive.

On the green and gentle human world of Mistra, the demons have faded into myth. Only a handful of old men and children still guard The Door between the worlds.

Rhuun, the Prince of Eriis, uncovers a sultry book written by a human, sparking an obsession with the other world. When he is forced to flee Eriis he must escape through The Door or pay the price in blood.

Divided by a door

The humans of Mistra are not what Rhuun was expecting--and one insufferable young woman in particular is about to find out that the demons of Eriis are not mythological after all . . .