It’s a sexy fantasy full of strong women (and demons), anti-heroes (er…demons), and lots of intrigue.

It is the second book in the wonderful Demon Door series where humans and demons vie for the upper hand and betrayal lurks around every corner. 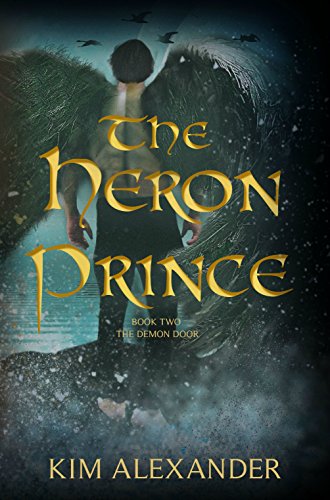 The Demon Door can be opened...but the price is deadly.

Rhuun, the half-human heir to the demon throne of Eriis, has found acceptance among the humans on Mistra. He even found love with the tempting and infuriating human, Lelet va’Everly.

With Lelet at his side, his ability to create fire has finally awakened, proving that he is not the cursed cripple all of Eriis believed him to be. There are secrets in his blood, unique and powerful...and worth killing for.

When Rhuun is betrayed and tricked into returning to Eriis, Lelet has no choice but to turn to exiles, children, and madmen to save him. She must do the impossible: transform herself into a demon and travel to a forgotten city to make an agonizing bargain for his life.

Surrounded by dark Mages, a war-hungry Queen, mercurial Goddesses, and enemies on every side, the demon prince and the human woman will find the Court of Eriis a subtle and dangerous place, and one false move could doom them both.